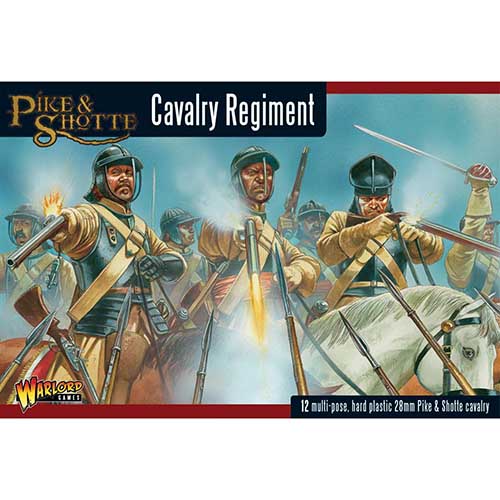 The 17th Century saw large standing armies in action all over Europe, in numbers previously undreamt of, and huge numbers of infantry, artillery and cavalry were raised. The cavalry of the period were mostly of the heavy variety; big horses that could barge other enemy cavalry and intimidate infantry, while carrying a determined rider protected by, at the very least, a back-and-breastplate, and usually a sturdy helmet.

The cavalryman’s offensive arms started with at least one pistol, a sword or pole axe for close-quarter fighting, and possibly a carbine. Cavalry were formed into squadrons, regiments and finally into brigades and were usually employed en masse in a cavalry wing on either flank of the infantry line.

If a cavalry wing routed its opponents, that left it free to attack the flanks of engaged enemy infantry. This could be a battle winner, unless the jubilant horsemen galloped over the hills and far away in pursuit of plunder!

These models can built to represent Royalist or Parliamentarian cavalry in the English Civil Wars or to be fielded as one of the many and varied regiments during the Thirty Years War. 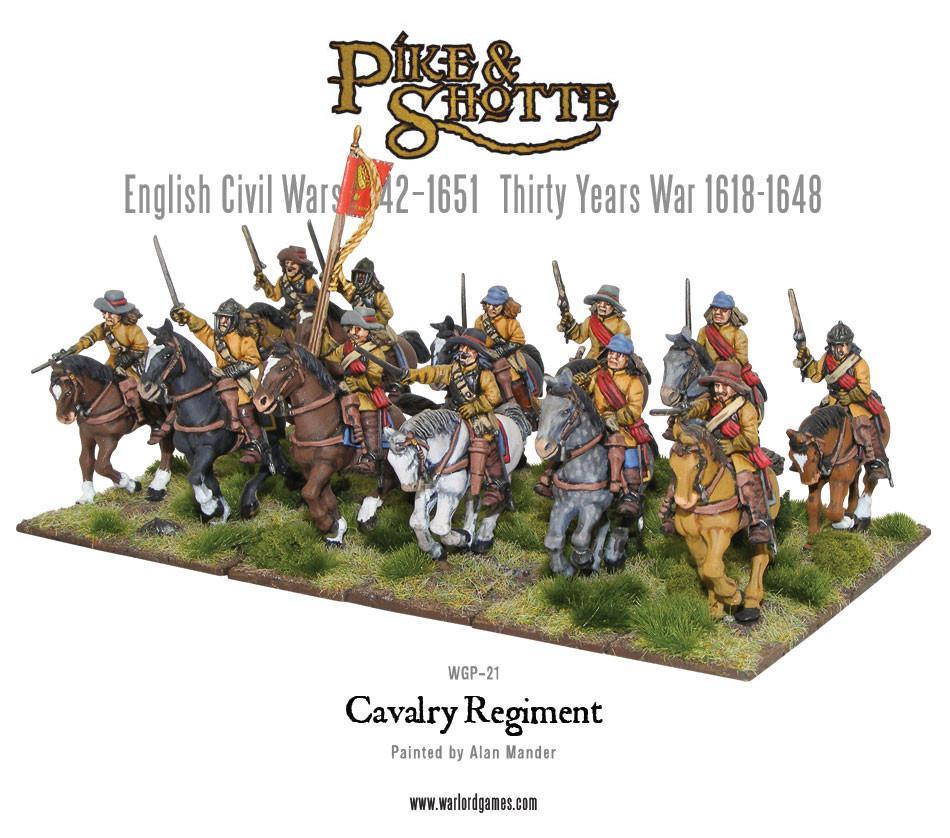 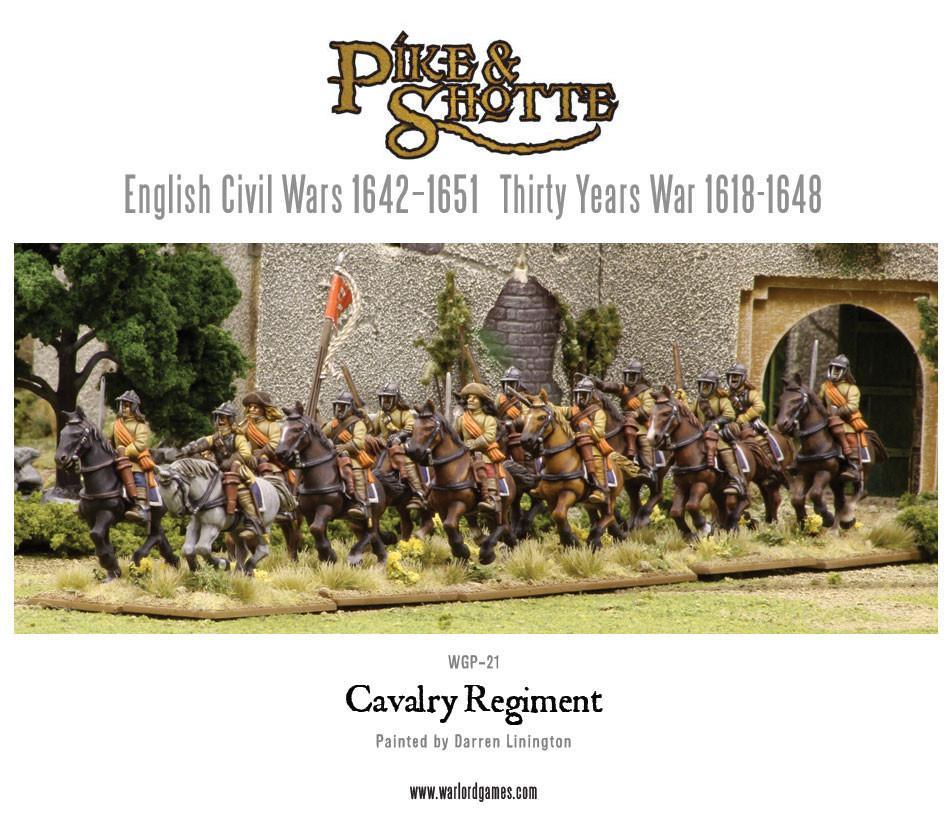