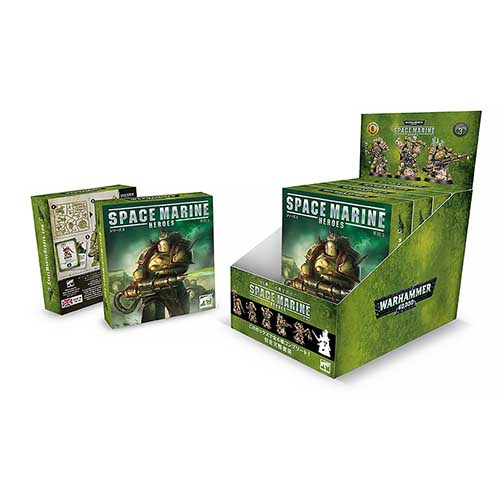 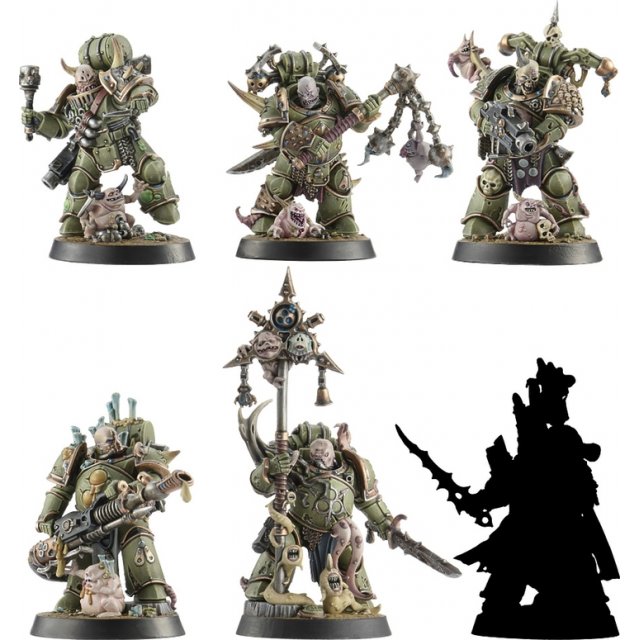 A third set of Warhammer 40K plastic models that require no nippers or adhesive, this time featuring Plague Marines of the Death Guard!

Games Workshop's popular "Warhammer" miniatures as plastic model kits! The models feature an all new design and completely new sculpt for a unique plastic model made in the UK.

· The palm-sized runners have intricately sculpted parts that feature partitions and details never before seen on plastic models.
· There are a total of six new models to collect including one secret model. Each is in a sealed box, so you will only know which character is it after opening. An instruction manual and character card is included in each box. Collect them all to add even more to your army of Space Marines!
· By snapping parts off of the runner as indicated by the triangles on the runners, you can cleanly remove parts from the runners.
· In addition to the Plague Marines, each miniature has been sculpted with a small Nurgling as well.
· The green runner color brings out the decomposing look of Plague Marines even without paint, but adding paint makes for an even more amazing appearance.
· Can be painted to perfection with Games Workshop's Citadel paints.
· The Space Marine Heroes are great just to collect and display, but they can also be used in the Warhammer 40,000 miniatures game.
· The models are packed with detail and all the partitions differ in fantastic ways, making each model an exciting build for anyone!
· Warhammer is one of the most well-known miniature games worldwide, and now can be enjoyed in the same amazing detail even by plastic model fans!